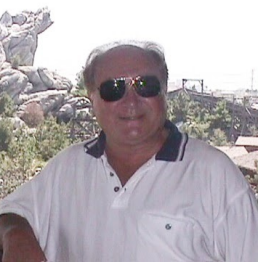 Joseph Almasi, age 91, of Coquitlam, BC Canada, passed away March 31, 2022, after a second battle with a urinary infection. He went into septic shock and all organs shut down.

October 23, 1956, there was a revolution in Hungary and as an idealist, Joseph was part of it. November 23rd, Russian tanks returned to Hungary in full force and defeated the short lived freedom. Because of Joseph's involvement in the uprising, it would of been a death sentence for him to stay in Hungary, so, on November 27, 1956, he crossed mine fields at the border to Austria. He took a train across Germany to France. Stayed in France for six months, met and married a woman, our mother Anna (Vanyek) (divorced).

May of 1957, he left France with our mother on a ocean liner and after ten days, crossing the Atlantic Ocean, they arrived in Quebec, Canada. Departed via train for three days and arrived in Abbotsford, BC Canada on June 7th 1957.

Joseph was a resident of Vancouver, BC Canada, 65 years.

Whistles were a part of Joseph's passion for music along with every step he took was a dance. He had the love for the waters as he was an avid kayaker and swimmer and never missed a lay-out in the sun.

Joseph's wishes were to be cremated. His ashes will FOREVER be at rest, a PEACEFUL place of refuge, "THE FOREST."

All rights reserved. This obituary is also archived at obittree.com